The photo enlarged to ceiling height casts a negative shadow or a light (both describe the situation aptly). The negative shadow is cut off below at the edge of the picture and thus points beyond the picture field into the real habitat of Eschersheim.

I can also say that the light cast from Anne Frank’s family photo continues into the underground passage. The chosen coloration, a medium to dark grey base and the brown to red tones of the picture have an opposing effect and cannot be experienced as a pleasant harmony. Something unsettling remains.

The luster of the photo wall (caused by technical factors) distances the photo wall in experience but at the same time pulls it wholly into the present. The many possible points of observation result in the fact that observers, passersby and architectonic space also appear on the surface and are thus like an external component of the photo wall. 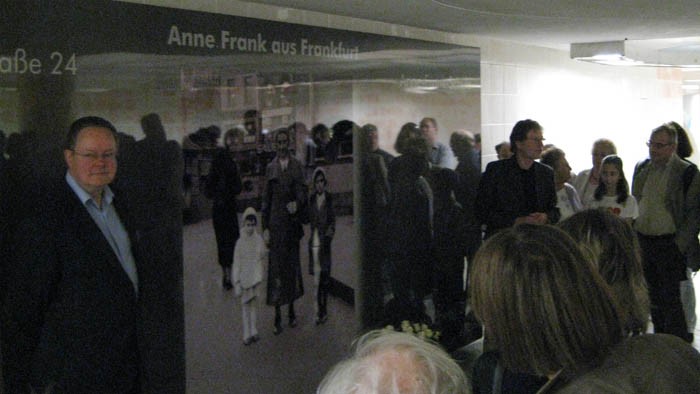 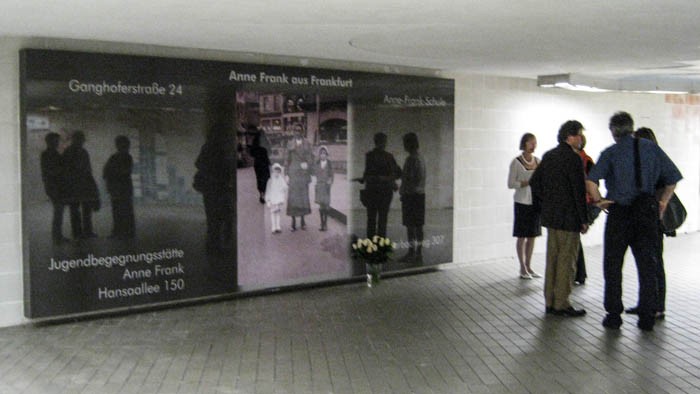