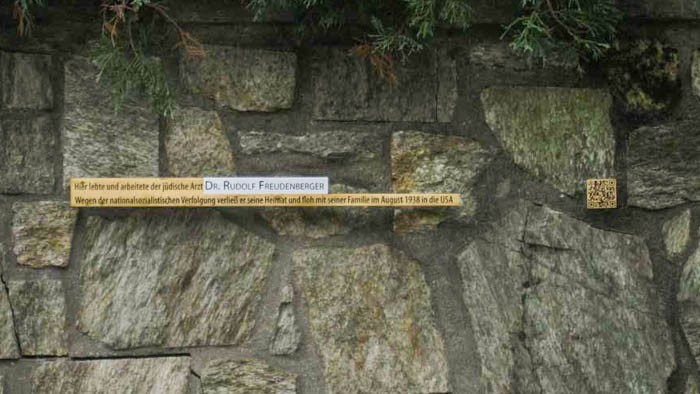 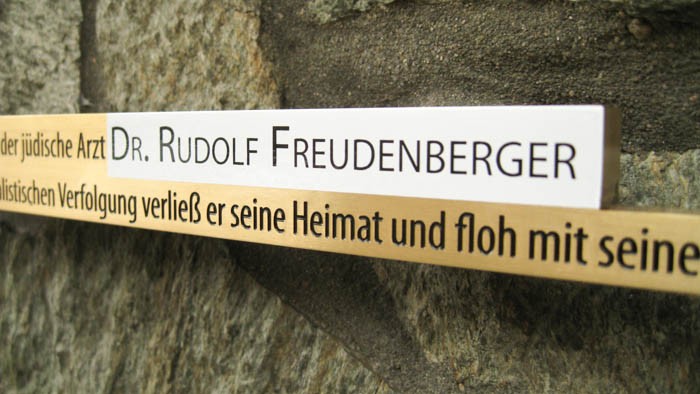 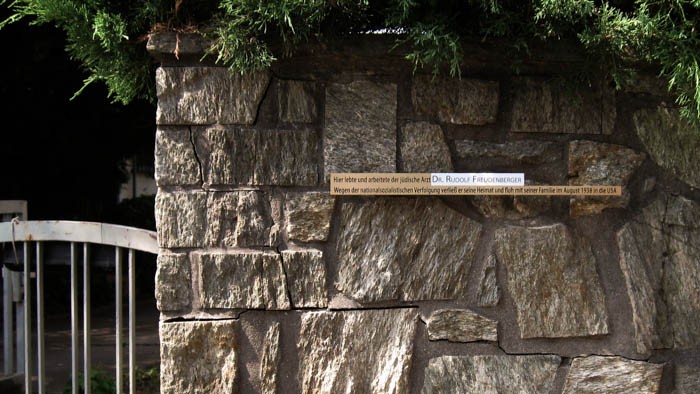 A plaque was to be erected in remembrance of a much admired family doctor in Bergen/Enkheim, on the boundary wall of his former residence. The project was suggested and commissioned by the local Stolperstein Group of Bergen/Enkheim. (Stolperstein refers to a cobblestone-sized memorial for an individual victim of Nazism).
The request was for a plaque whose design would refer as closely as possible to the medical profession of Dr. Freudenberger while, if possible, also bearing an aesthetic resemblance to the cobblestones.
Dr. Freudenberger and his family were not deported nor murdered. The family doctor was forced to give up his profession because he was Jewish. He and his family reluctantly emigrated to the United States.
The design of the plaque was also to differ from the Stolpersteine so as to differentiate from those who were deported or murdered.
The inhabited house stands in a small street. The house owners agreed to the project in support of the Bergen Enkheim Stolperstein Group.

Supplied by the client. The plaque was to be assigned a QR code linked to a detailed information site on the fate of Dr. Freudenberger and his family.

The Jewish physician DR RUDOLF FREUDENBERGER lived and worked here. In 1938 due to Nazi persecution he fled his home for the United States

The material proposed by Bernd Fischer is the same as that used in the Stolpersteine.
With the exception of the name and Dr. title, the text is set in capitals and small letters, engraved into the brass plaque in black. The name and title are printed on a white enamel panel in upper and lower case. This forms a connection between the Stolpersteine and a traditional doctor’s practice sign. The irregular shape of the plate also forms a connection to the old Bergen /Enkheim city hall, “Alte Rathaus” 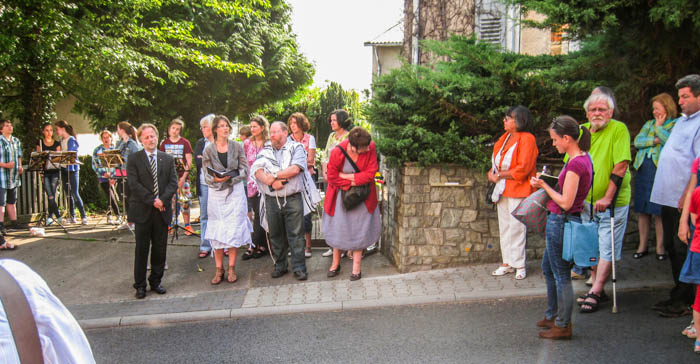